Gods-Speaking is by Judith O’Grady, an elderly druid and biologist who had a career in veterinary medicine and lived on a tiny urban farm in Ottawa, Canada. She sadly passed away in December 2020.

Judith, like myself, was one of the long-standing writers for Gods & Radicals and I felt a kinship with her as somebody who honoured the old gods and had a deep relationship with the land and its spirits, upheld not only in ritual but in action such as going out and litter picking and planting trees. It is with regret I write this review after her passing. I hope, somehow, my words may still reach her.

In the first section of this readable little book Judith outlines what it means to be a ‘God-Speaker’. She relates this word, which she coined herself, to the better-known terms ‘visionary’, ‘seer’, and ‘mystic’ and says this is about ‘the belief in the Gods that I believe that are speaking to me, the belief that They can and do speak to me, and the belief that our communication has some purpose’.

Judith describes the ‘process of God-Speaking’ as ‘two-way communication’ and also refers to it as ‘Gods-Bothered’ as ‘the Gods don’t enter communication with us to pat us on the back or congratulate us on a job well done, but instead to give us difficult tasks and teach us unpleasant truths.’

She speaks of how most societies ‘have a place for the person who troubles hirself to speak with the Gods and whom They trouble in return’ and notes most Gods-Bothered people are segregated in some way, for example, in ‘the detached dwelling of the shaman’, ‘the hut of the hermit’ and ‘the monastery’. This draws to attention the lack of a place for the God-Speaker outside traditional religions.

She outlines some of the problems faced by the Gods-Bothered, one of the most common, for those who see visions and hear voices, being walking the fine line between being a seer and being crazy. This is distinguished by the ability to use discernment and free choice in accepting advice from the gods for the better of themselves and their communities rather than engaging in destructive behaviour.

One of the helpful analogies she uses is the ‘crazy train’ – it is always possible to ‘get off at “ask a question junction” or “find a guide halt” and refuse to descend to “the platform of destructive thinking”’.

Judith outlines how her conception of how God-Speaking relates to biology. ‘Imaging technology’ shows that when a person is having a mystical experience ‘a tiny part of the brain’ ‘lights up’. She calls this the ‘God-Speaker’ and suggests there is an evolutionary purpose to speaking with the Gods.

As an awenydd, an ‘inspired one’ or ‘seer’ in the Brythonic tradition, I found this section insightful and relatable and imagine anyone who speaks with or has been spoken to by the gods would also relate.

In the second section Judith speaks of her personal experiences with the gods and spirits of the land. As someone with an important relationship with my local river goddess and her ‘daughters’ (my local streams), I empathised strongly with Judith’s account of getting to know the spirit of her creek, Pinecrest Creek, which is piped from near her home, under a bus transitway and shopping centre, into a Parkway, then ‘comes out into a pool to flow for a brief free stretch before flowing into the Ottawa river.’

Judith provides an account of how her Druid Grove came to honour the Spirit of the Creek by collecting water and using it as an offering in ritual and by litter picking. Her vision of this spirit, who they came to know as Sionnach Du ‘Black Fox’ stood out to me as vivid and very real.

‘Ze steps out from the shadows, taking the form of an urbanized wild creature, a fox, to personify to me. But it was a humanoid-shaped being, apart from the fox face, and dressed in dark colours, black, and heavily cloaked as befitting a land spirit largely confined to sewer pipes and storm drains. Androgynous…’

Judith speaks of how the spirits of the grove, Black Fox Watershed, Singing Memory Frog, the ghost of large Snapping Turtle and the dragons, were slowly and organically gathered. I related to this way of discovering gods and spirits within the land rather than calling them from outside.

Throughout the book Judith, who is clearly not only wise but well-read in philosophy, outlines her conception of the gods. She says that rather than being ‘friends’, ‘allies’, or ‘partners’ to ‘work with’ they are ‘timeless, wise, philosophical, powerful and motivated by a greater understanding and comprehension than I have access to.’ The come from ‘Gods-Land’ and speak ‘God-ish’ not English or any other language (it is a function of our human minds that translates their language into our own).

Most profoundly: ‘I do not think that my belief or the lack of belief of others affects the beings of place or the Gods; I believe that They are present whether believed in or not. They see us regardless of what we see when we look towards Them. Their world lies behind ours like a bright shadow of reality: the shadow does not reflect what we have built (or destroyed), but what might be.’

These are the words of a true God-Speaker, a seer, a wise woman in the modern Druidic tradition.

This book is essential reading for all who are new to God-Speaking, for in Judith you will find an older, wiser guide whose voice is filled with love of the land and the gods, rich in counsel and humour. It will also resonate with those who have been speaking with the gods for a long while. I would recommend it, too, to those who are curious about whether they can speak with the Gods (yes, you can – I believe, with Judith, this is a capacity we all have and can develop with practice) and to those who don’t want to try it, but would like to find out more from an experienced practitioner. 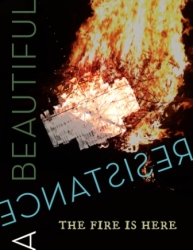 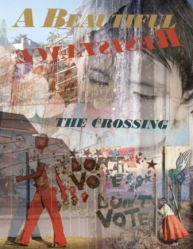