Last night I dreamt I was watching a television programme in my living room. Somehow I entered it and became an active participant. With a group of friends I was preparing to stage a protest. For it to succeed, a special light on a tree needed to be changed. I ran with a blonde, sporty woman (who I did not know) across a car park to the tree, which stood on the end of a busy city street I identified as Fishergate in Preston.

The lights were off. The one we had to change looked more like a silver Christmas decoration and stood out as markedly special and ‘other.’ As the woman started taking it down, chatting easily, she paused. Her expression froze into uncanny wistfulness and her gaze grew distant. Speaking in a voice from far away, she told me “it belonged to Gwyn ap Nudd.”

I knew at this point (somehow being outside the programme and within it) the words and memory that possessed her were not her own. Like in a film there was powerful, beautiful music. A strange wind blew, stripping away the façade of the city streets. I had a profound sense of another landscape stirring and awaking at the sound of Gwyn’s name. Once the strangeness had blown over, the woman began chatting normally as if nothing had happened and traffic started driving past again.

Throughout the preparations there were rumours about the massing of an army of otherworldly beings. As someone in the programme with an audience member’s knowledge I knew they were the fay / Gwyn’s hunt and could sense them gathering in clouds and forests somewhere behind. I had the feeling they might disrupt the clash between the two sides in the protest. As audience, I was aware this was the part I was looking forward to.

The dream inspired me to walk into Preston at dusk tonight. Several months ago, Fishergate (the high street) was pedestrianised. The road was narrowed to make way for wider pavements and as a final touch, trees. Delighted when I saw first saw them, I walked the street, greeting them in turn and welcoming them to the city.

Since the Christmas lights went off, the trees have been lit by fairy lights. Following rain and hail, the pavements gleamed. Reflected in windscreens the lights shone like cold stars, miniscule glances leaping from fragments of hail. 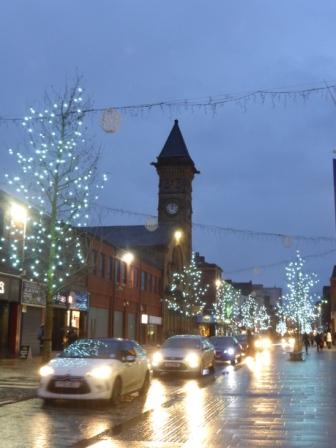 Identifying the tree from my dream, I noticed all the lights were working. 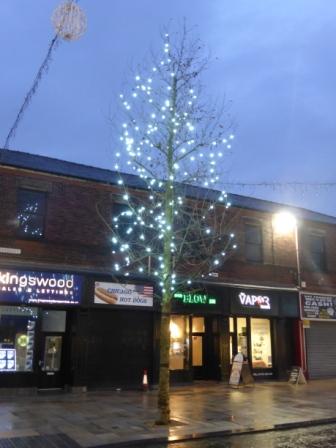 I stood with the tree for a short while. Crossing the road and looking back, I saw huge dark ominous clouds gathering over the County Hall, which is where the anti-fracking protests will take place on the 28th and 29th of January. 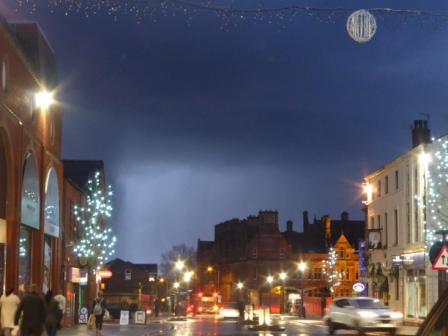 The music of hail came down. An immense strangeness like none I had known before came over the city. I felt as if I stood in another Preston where the landscape was more than it was by the strange life of those lights against winter’s silver-grey sky. Everything seemed more profound and enthused with meaning, although I couldn’t divine what the exact meaning was. 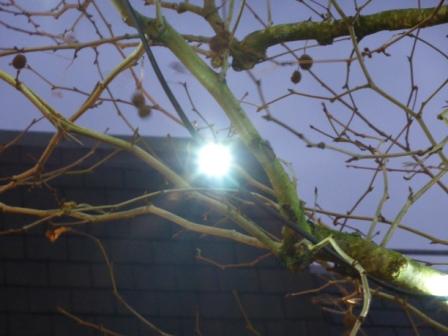 What happened to the silvery light, which belonged to Gwyn ap Nudd and led me to the strangeness remains uncertain.

Since my last post (1) I have walked the proposed stretch that will join the newly proposed route of Penwortham By-pass to a new bridge over the river Ribble. 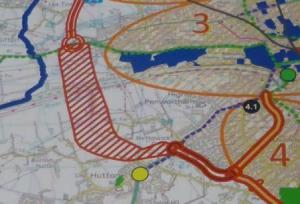 Whether this will be built is open to conjecture at the moment. However what makes it significant is that the completion of Penwortham by the new route will only work if it is built. There are many flaws with this.

Seen in the background, far left.

It will destroy an area of natural coastline. 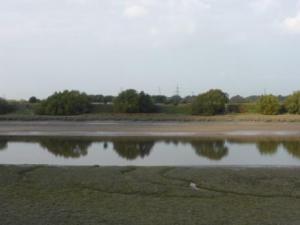 It will run through Lea Marsh, which is a Biological Heritage Site. I have learnt through LERN (2) that this is a grazing marsh composed of salt marsh grasses and rushes. It is the home of two rare species; long-stalked orache and meadow barley.

Through the Lancashire Wildlife Trust I have found out downstream lies The Ribble and Alt Estuary Special Protection Area. Unfortunately Biological Heritage sites are nowhere near as well protected. In this case, if a bridge was built it would be acceptable for saltmarsh and mudflat to be restored elsewhere.

Personally I don’t agree with the argument that it’s acceptable to destroy a piece of land so long as a similar habitat is created somewhere else. It won’t be the same. In fact this is an insipid cover for the fact a unique piece of land will be ruined, its grasses gone for good, its birds and wildlife dehomed.

I’ve been in touch with the RSPB but they haven’t got back to me about the different birds who live in the area yet. However a walk down the river reveals this is the habitat of herons, cormorants, oyster-catchers, lapwings and a variety of gulls. 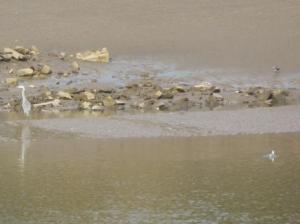 Is the destruction of this natural coastline, its vegetation and the homes of many birds worth an extra ten minutes off travel time to the industrial sector at Warton, for those privileged enough to be able to afford to own cars? My answer is no.

I’d like to thank Nik Bruce at LERN and David Dunlop at Lancashire Wildlife Trust for their quick replies to my e-mails and making this information avaible.

Old sun sinks
into the bowels of the city
which holds me in its windows,
in panes of light golden as mead.

Dusk arrives in a purple cloak,
dresser of towers and spires,
not softening the concrete brutal curves
of this maligned iconic genius

whose rawness of might is like a clenched fist,
whose vulnerable underbelly knows the hope
of arrivals and vast pain of final departures,
busking, shrieks and the reek of piss.

Yellow and pink the city lights up,
etching its electronic dream on a moving backdrop;
the palimpsest of museums, mills and stadiums
that have fired our consciousness

and kept us small and discrete,
a match box car and two tiny figures
lost within a car park’s cosmic changes,
sole witnesses to its theophanies

until the arrival of the suicide watch. 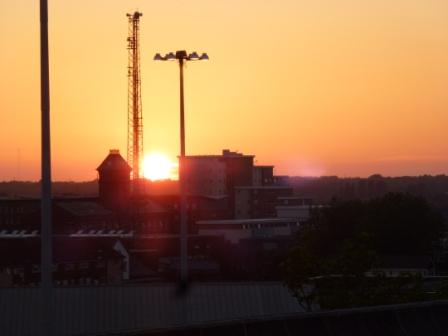 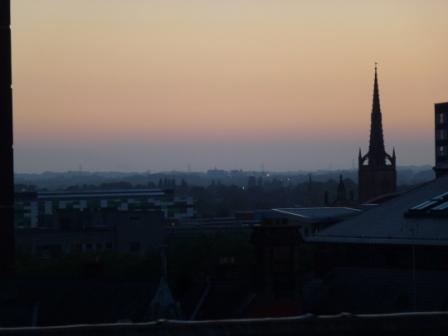 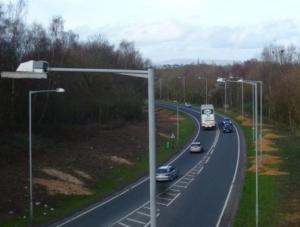 *Technically I won’t be driving down the by-pass because I swapped my car for a bicycle. However I’m not adverse to getting a lift and still feel responsible for the death of the hawthorns who have been companions on the path beside the by-pass for many years. 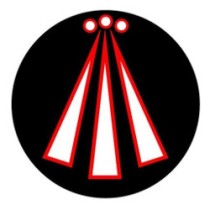 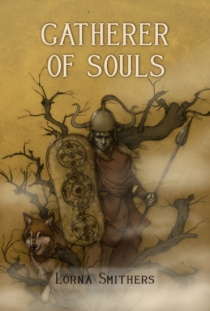 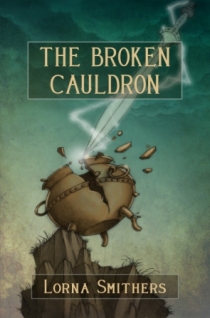