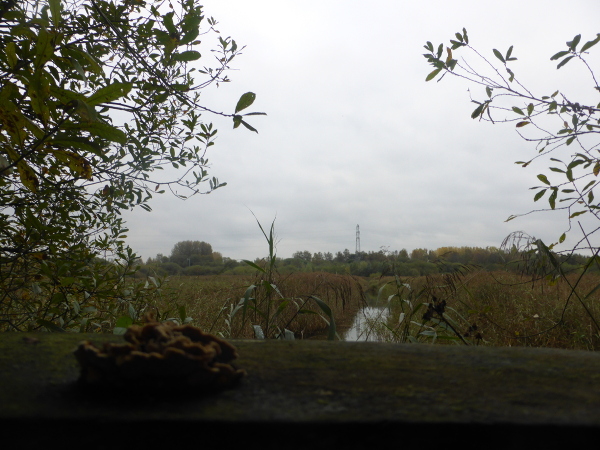 In his History of the Fylde (1876) John Porter speaks of the ancient British tribe who inhabited the wetlands between the Mersey and the Wyre as ‘the Setantii or Segantii’ ‘the dwellers in the country of water’*. He then provides a colourful description of the way they lived based on Roman records:

The hardihood of the native Britons of these parts is attested by Dion Cassius, who informs us that they lived on prey, hunting, and the fruits of trees, and were accustomed to brave hunger, cold, and all kinds of toil, for they would “continue several days up to their chins in water, and bear hunger many days.” In the woods their habitations were wicker shelters, formed of the branches of trees interwoven together, and, in the open grounds, clay or mud huts. They were indebted to the skins of animals slain in the chase for such scanty covering as they cared to wear, and according to Caesar and other writers, dyed their bodies with woad, which produced a blue colour, and had long flowing hair, being cleanly shaved except the head and upper lip.

He then goes on to express his doubts that the Setantii, or their neighbours, the Brigantes, who Cassius refers to, could be ‘reduced or exalted to such a amphibious condition’. Yet he notes that during their hunting expeditions across ‘wooded and marshy tracts’ ‘there is no question the followers of the chase would be more or less in a state of immersion during the whole time they were so engaged’.

Although exaggerated, Porter’s imaginings of the lifestyle of the Setantii contains elements of truth. Before its draining this landscape was marshland, lowland raised peat bog, alder carr, and damp oak woodland. Archaeological evidence dating from the end of the Ice Age to the time of Roman occupation shows that they hunted animals such as elk, aurochs, and red deer, travelled the rivers in dug-out canoes, and lived in wooden huts around the many lakes (the area was later referred to as ‘The Region Linuis’ ‘The Lake Region’ by the 9th century historian Nennius). 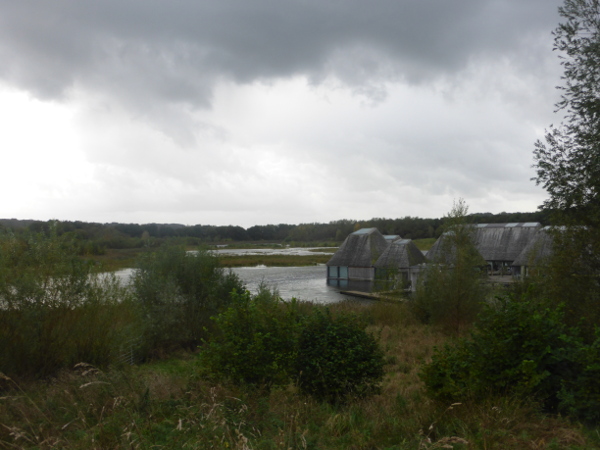 They traversed not only the rivers but the seas. The name of the Setantii tribe is derived from Ptolemy’s Geography (2CE) in which he notes the co-ordinates for Portus Setantiorum ‘The Port of the Setantii’ (which is now lost but may have been located near the mouth of the Wyre).

The dwellers in the water country feel important to me as someone living in the former lands of the Setantii because, during this time of climate crisis, water levels are rising, marshlands and lakes returning, and we are finally beginning to recognise the value of the watery places we drained off.

Over the past few decades organisations such as the Wildlife Trust, the Wetland and Wildfowl Trust, and the RSPB have been working to restore drained off wetlands. Recently the Carbon Landscapes project started up with the aim of restoring an interconnected wilderness from the Wigan Flashes through the mosslands of Salford to the Mersey Wetlands Corridor.

It was of great interest for me to find out that the water country is being restored. I will soon be volunteering on this project and am hoping it will give me insights into the plants and wildlife of the landscapes of the Setantii and the tasks they did such as scrub clearance and building wooden walkways.

Over the next few months I am going to be sharing my research on the dwellers in the water country – the wetlands they inhabited, the way they lived, how they related to the land and its deities, in the hope it will provide clues as to how we might live in better relationship with our surroundings. I’m also going to be producing some creative work. Whether this is poems, stories, or perhaps even a novel, remains to be seen. I hope you will enjoy accompanying me on this journey.

*It is important to note that Porter’s description of the Setantii as ‘the dwellers in the country of water’ is based on their lifestyle and is not etymological. The root set- is also found in Seteia, the old name for the Mersey, but has no meaning in the Brittonic language. Andrew Breeze suggests it has been ‘corrupted’ from met– ‘to reap’ and may refer to the Setantii being fierce in battle as reapers of men rather than of crops. Another possibility is the root should be seg– from sego- ‘strong’.

The name of the Irish hero, Setanta, who later became the charioteering warrior Cu Chulainn, also derives from this root. Cassius speaks of the northern Britons driving chariots and Cu Chulainn’s fearsome battle rage, known as the ‘warp spasm’, would fit with being one of the reaping people.

The rain falls. The leaves fall. Trampled underfoot they turn to mulch. They squelch beneath my trainers. As again I run past the man from across the road with the black Labrador and walking stick he says, “You’re going round in circles”. It’s necessary for a run to be a circle leading from home and back again and it can be made of smaller circles – same place, different time, a little further ahead.

Running’s simpler than writing. You know through sheer perseverance, putting one foot in front of the other, breath by breath, you can achieve that goal of going a little further, a little faster each week. It’s similar with Taekwondo. Turn up, train hard, you’ll progress through the belts. Although, of course, there are limits. As an injury prone thirty-eight year old a half marathon in 2hrs 10mins has proved to be my threshold and I doubt I’ll have the flexibility and bounce to get beyond Second Dan.

Writing’s trickier. Hours put in and perseverance are no guarantee one’s work will be any better. I completed my two best poems in 2012 when I was new to poetry and polytheism and riding a wave of excitement and inspiration. ‘Proud of Preston’ and ‘The Bull of Conflict’ were gifts from my gods.

The awen, the divine breath of inspiration, no matter how much one chants, does not come on command but flows to those who are in the right time and place and ready to do the work. There are no check points, no belts, only that shiver of beauty and truth, which is confirmed by the reactions of others. I believe this sense of awe can be found in the three books I’ve published. It was felt when I read the poems and stories back to my gods and to the land and when I’ve shared them in public.

Since my completion of Gatherer of Souls I’ve been slogging my guts out trying to find a new and original take on the Brythonic myths and failed because in doing so I only made them more inaccessible. My quest to explore Annwn and share my findings resulted in fragmentary obscure visions. I seemed to have hit a limit and the lack of awen signalled I was heading in the wrong direction.

This was made worse because I was trapped in the vicious circle (“you’re going round in circles!”) of working in a supermarket job I could not leave until I’d found a way to make a living from my writing yet being in that trap, and it making me miserable, was depriving me of the inspiration to escape.

I’ve been here in the past, to break that circle, only to enter a wider one circling it. I give up a job in order to put all my best efforts into my writing in the hope this time round I’ll succeed in making a living from it, fail, go back to another job, then in six months to a year’s time I’m quitting again – same place, different time, only a little further ahead.

This all came to a head when I decided to try writing fantasy because it sells better than poetry and polytheism. Whilst attempting to dream up a fantastical wetland I killed a dragonfly on the way to a real one.

It was a wake-up call on many levels. It showed me I wasn’t listening to the land. This was partly because I was trying to imagine up a fantasy novel rather than focusing on the living beings around me. On a deeper level it was because I was trapped in a vicious circle that had severed my connection.

Shortly afterwards two things happened at once. One bad – I had a horrendous night at work where I was stuck on the tills. They kept breaking down whenever I put potatoes on the scales and I had to move myself and all the customers onto the next one, then onto the next one, leaving a trail of broken tills.

One good – the episode with the dragonfly at Brockholes Nature Reserve prompted me to look at volunteering opportunities with the Lancashire Wildlife Trustand I was struck by the realisation this might be a way into paid work I enjoyed as well as a way of reconnecting with and giving back to the land.

Finally I divined a way of breaking out of both circles. Firstly by starting volunteering as a way into a job I will stick at due to its importance in this time of climate crisis and because it is a way of serving the land and my gods. Secondly by giving up the illusion I will ever make a living from the type of writing my vocation calls for.

So I’ve handed in my notice at work and am starting volunteering with the Lancashire Wildlife Trust on the Woodland Oasis and Carbon Landscapes projects. Both fit really well with my values because they involve restoring wild landscapes and connecting people with the land. The latter provides training qualifications in ‘carbon skills’ and it’s looking possible I may be able to contribute some poetry as a way of inspiring others to love and be inspired by the land around them. I’m hoping such work will feed and nourish my creativity and lead to new unexpected avenues to explore.

At last I am moving forward onto a path that will be both materially and spiritually fulfilling.