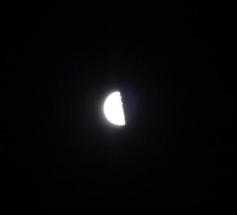 Half bitten moon cries a waning scream.
Her severed pieces are brought by the stream
to the cavernous lair of the holly king
who grinds his axe on a sharpening stone
and prepares his block for the gore of heroes.

Silent and pensive he waits in his cave.
The moon arrives and his blood red eyes
are filled with silver swimming.
Outside the blackbirds sing
a song which knows no kenning.

The half formed moon describes her sorrows.
The king laments his lack of heroes-
vision waned and bravery gone.
Blackbirds sing their endless song
of an empty sky and bloodstained block…

then as hope elides a knight of dawn
approaches on a starless horse
with fire-lit eyes and maenad’s locks.
She boldly casts her gauntlet down
at the feet of the holly king.

The half formed moon departs from his arms.
He performs his task with an aura of calm.
The blackbirds watch in silence.
Then moon and lair are gone.
Dawn rides free, afraid, yet unharmed. 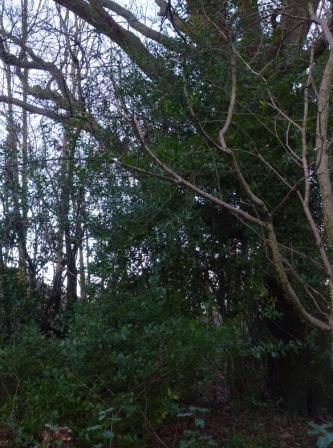 One thought on “Half Moon and the Holly King”